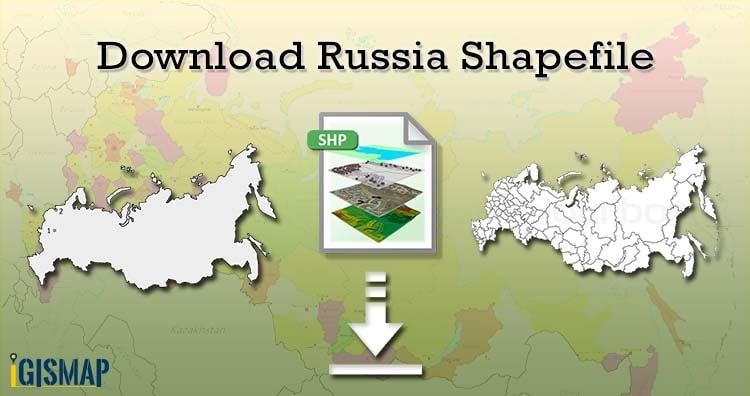 Hello GIS enthusiasts, IGISMAP has now published the latest GIS vector data of Russia administrative levels. Links for downloading the shapefiles of the important administrative divisions of Russia are provided in the following. You can also download these data in KML, GeoJSON or CSV formats.

Russia or the Russian Federation (RF), is a transcontinental country spanning Eastern Europe and Northern Asia. It is the largest country in the world by area, covering over 17,125,191 square kilometers (6,612,073 sq mi), and encompassing one-eighth of Earth’s inhabitable landmass. Russia extends across eleven time zones and borders sixteen sovereign nations, the most of any country in the world.[d] It is the ninth-most populous country and the most populous country in Europe, with a population of 145.5 million. The country’s capital and largest city is Moscow, the largest city entirely within Europe. Saint Petersburg is Russia’s cultural center and second-largest city. Other major urban areas include Novosibirsk, Yekaterinburg, Nizhny Novgorod and Kazan.

If you are looking for any other GIS formats then use GIS File Converter.

In the above map, zoom in view of highway lines of Moscow is shown. Similarly, you can easily download point based GIS data of airport locations, ATM locations, parking locations, hospital location, etc.

In the above map, zoom in view of railway lines in Moscow is shown.

You can view and download the ferry points of Austria from above link.

If you any problem in downloading shapefile please comment below or mail us at support@igismap.com