Get Band Information from WMS Geoserver Leafletjs. Band Information from Layer: In its simplest form, a raster consists of a matrix of cells (or pixels) organized into rows and columns (grid), where each cell contains a value representing information, such as temperature, precipitation or elevation etc. Rasters are digital aerial photographs, imagery from satellites, digital pictures, or even scanned maps. This demo shows the raster overlay on map with the help of Leaflet javascript library. The raster contains three bands as Red, Blue and green. Here raster data is in GeoTiff format and is published on Geoserver. This demo is about how one can extract the Bands information from layer. In similar way we can also extract values such as elevation, any natural hazards distortion or changes in data from layers.

For this demo we have downloaded data from  from one of the free data download website. It is a raster data containing three bands as blue, red and green. In this demo we render raster data on map and shown the value of bands using popup.

GeoServer is an open source server for sharing geospatial data in both vector format and raster format. It is designed to host major datasets, which can easily render on maps.

To Download and install GeoServer please follow the last article. Then login to the GeoServer and publish data on the Geoserver and get the link from layer preview section. You can visit the articles to know how to publish and style the GeoTiff file on Geoserver and also how to make geotiff work with geowebcache for tiling.

For rendering layer on map, you need to create division for map.

To render this data on map, we need to get the data from GeoServer, which can be done by using leaflet javascript library. In the Leaflet library, we have Leaflet-WMS plugin.

What is WMS service:

WMS (web map service), is a way of publishing maps. This format is similar to map tiles, but more generic. A WMS image is defined by the coordinates.

L.tileLayer.wms: It provides a simple interface for loading tiles from a WMS service. Here we also need to provide layer name, format of layer and make transparent as true.

In this way we can render raster data and have layer information. This information further can be used for analysis purpose. For example we can have vegetation index (NDVI) from values of bands. We can actually calculate the loss information if having two time series band information.

Speed up the rendering of data

Comment below if you found any issue in getting band information in the box provided. Thanks. 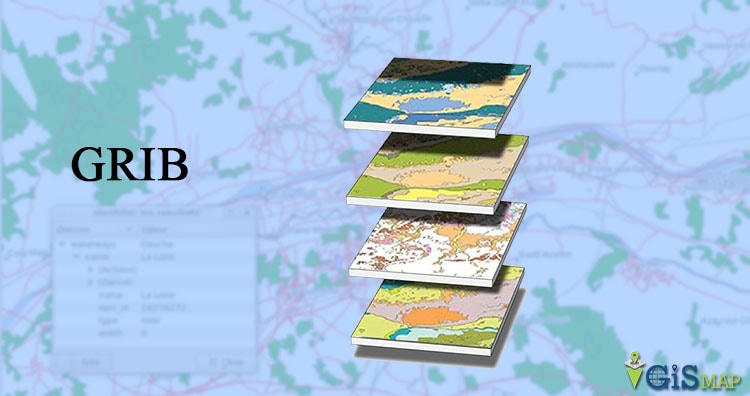 It has two versions GRIB1 and GRIB2.

Get Details Of GRIB Multidimensional data

To get details of GRIB data we can use gdalinfo utility from GDAL library. This command helps us to see the sub datasets present in GRIB file with their description, bounding box etc. To convert it in NetCDF format or any other format we can use gdal_translate command. Here with the help of gdal_translate options with can also assign SRS (Spatial reference system) of output file.

If you need any other information regarding multidimensional data such as NetCDF or HDF you can visit are tutorials and also comment in given comment box. We are always available for your help.