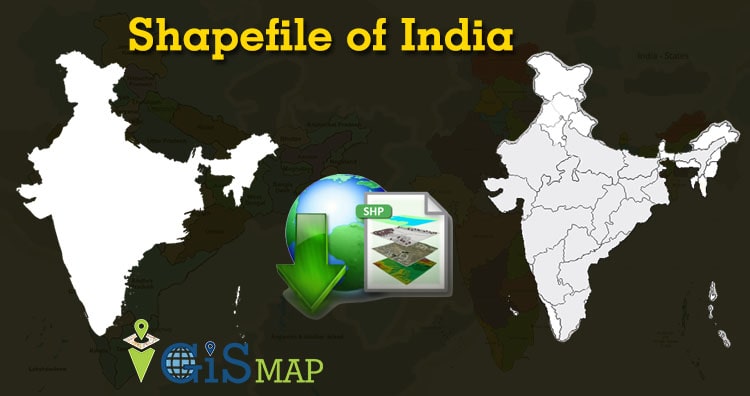 Namaste GIS professionals after a long time here is the shapefile of India. We get lots of queries on how to download India boundary shapefile for free and now the wait is over. In this post you will find administrative levels as well as electoral divisions of India.

India, officially known as the Republic of India is a country in South Asia. It is the seventh-largest country by area, the second-most populous country, and the most populous democracy in the world. Bounded by the Indian Ocean on the south, the Arabian Sea on the southwest, and the Bay of Bengal on the southeast, it shares land borders with Pakistan to the west, China, Nepal, and Bhutan to the north and Bangladesh and Myanmar to the east. In the Indian Ocean, India is in the vicinity of Sri Lanka and the Maldives. Its Andaman and Nicobar Islands share a maritime border with Thailand, Myanmar and Indonesia.

States and the Union Territories are divided into districts. At the time of Census 2001 there were in all 593 districts against 467 districts at the time of 1991 Census. Each district is further divided in to sub-districts, which are known differently in different parts in the country (e.g., tahsil, taluka, community development (CD) block, Police station, Mandal, revenue circle, etc.).

There is more than 1,55,000 post offices based on Department of Posts (DoP) website. The following GIS data provided by IGISMAP contains 19929 postcode area polygon boundaries,