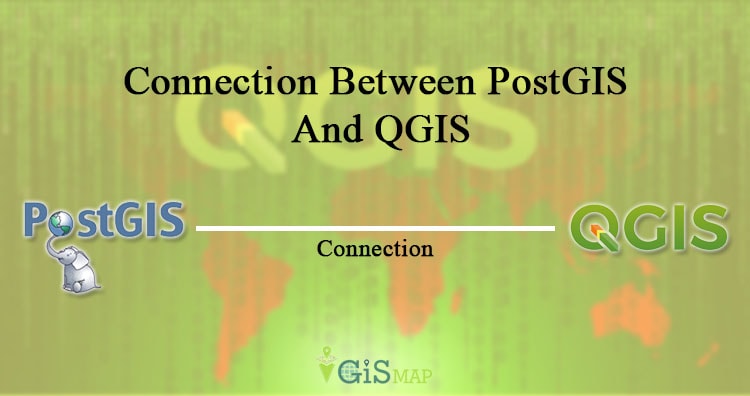 GIS applications are tools that allow users to create interactive queries (user-created searches), analyze spatial information, edit data in maps, and present the results of all these operations. Geographic information science is the science underlying geographic concepts, applications, and systems and What goes beyond a GIS is a spatial data infrastructure, a concept that has no such restrictive boundaries. For handling the spatial data infrastructure we use tools like PostGIS and QGIS. this post will help guides you about How can we establish a Connection between PostGIS and QGIS with the help of some GIS operations.

PostGIS and QGIS are two major platforms used for handling GIS operations. PostGIS adds support for geographic objects allowing location queries to be run in SQL. As PostGIS is a spatial database extender for PostgreSQL object-relational database. In our previous post you can read about PostGIS and PostgreSQL.

Now we are going the discuss the details of how We can establish connection between PostGIS and QGIS and before that let’s just discuss some important topics in brief.

QGIS is one of the most common open source application used by GIS analyst, Geographers, Civil Engineers and many other professionals. QGIS is a Desktop based Geographic Information System (GIS) Application for creating maps, editing, viewing and analyzing Geospatial data. Quantum GIS is a cross-platform, free and open source application. It can be run on multiple operating system like Mac OS X, Windows, Ubuntu, Linux and Unix.

PostGIS is an open source software program that adds support for geographic objects to the PostgreSQL object-relational database. PostGIS follows the Simple Features for SQL specification from the Open Geospatial Consortium (OGC).
Technically PostGIS was implemented as a PostgreSQL’s extension. And There are a large number of software products that can use PostGIS as a database backend.

When the Shapefile is saved after modification in QGIS by default the file is also saved in PostGIS database with the new and changed attributes it has before.

The connection between QGIS and PostGIS is proves that if any data file is altered in QGIS, the file also gets modified in the PostGIS database system.

This is how we can show the establishment of the Connection between PostGIS and QGIS.