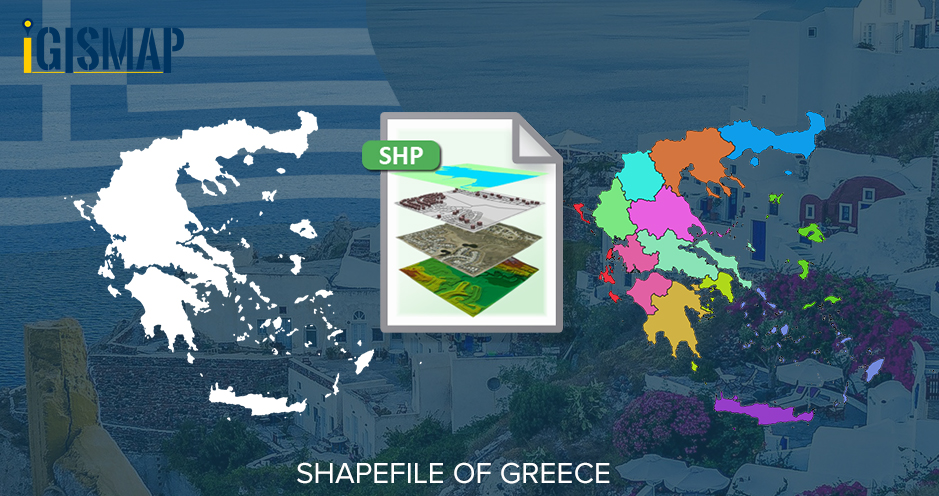 Hello GIS enthusiasts, IGISMAP has now published the latest GIS vector data of Greece administrative levels. Links for downloading the shapefiles of the important administrative divisions of Greece are provided in the following. You can also download these data in KML, GeoJSON or CSV formats.

Greece officially known as the Hellenic Republic, is a country located in Southeastern Europe. Its population is approximately 10.7 million as of 2018. Athens is its largest and capital city, followed by Thessaloniki. Situated on the southern tip of the Balkans, Greece is located at the crossroads of Europe, Asia, and Africa. It shares land borders with Albania to the northwest, North Macedonia and Bulgaria to the north, and Turkey to the northeast.

Regions are the first level administrative entities of Greece. There are 13 regions each comprising several second-level units known as Regional Units.

Prefectures are the second level administrative division of Greece after regional division. There are 51 prefectures.

Municipalities are the lowest level of government within the organizational structure of the state. There were 1033 municipalities based on the 1997 Kapodistrias reform. Kallikratis reform of 2011 merged certain municipalities. So currently there are 325 municipalities in Greece.