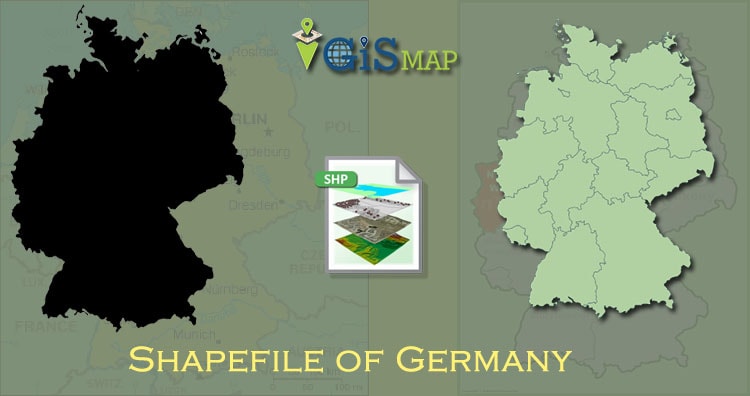 Hello GIS enthusiasts, IGISMAP has now published the latest GIS vector data of Germany administrative levels. Links for downloading the shapefiles of the important administrative divisions of Germany are provided in the following. You can also download these data in KML, GeoJSON or CSV formats.

Germany officially known as the Federal Republic of Germany, is a country in Central Europe. It is the second-most populous country in Europe after Russia, and the most populous member state of the European Union. Germany is the seventh largest country in Europe that borders Denmark to the north, Poland and the Czech Republic to the east, Austria and Switzerland to the south, and France, Luxembourg, Belgium, and the Netherlands to the west. The nation’s capital and largest city is Berlin.

Germany is divided into 401 districts comprising of 294 rural districts and 107 urban districts.

You can convert downloaded Germany SHP to KML by IGIS Map Tool and follow the steps for Conversion of Germany Shapefile to Kml.