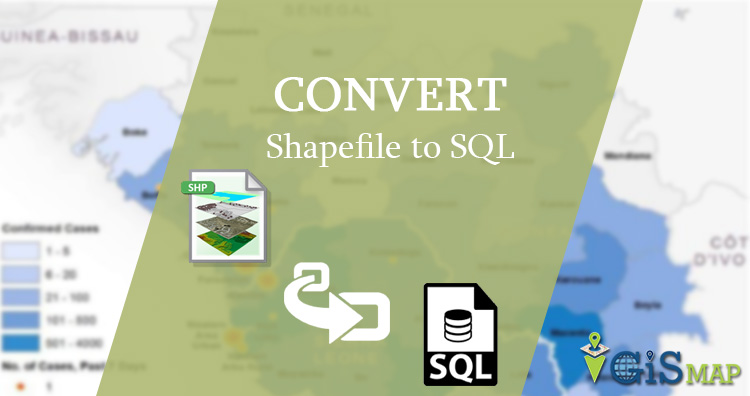 Try Our Tool IGIS Map for SHP to SQL conversion

For executing this command you need to have shp2pgsql utility in your system. You can check the presence of utility by typing shp2pgsql in terminal. If this utility is present then you will see the following result.

Shp2pgsql has some option, some for them are used here. Option -I creates a spatial index on the geocolumn. Option -s specifies the SRS (Spatial Reference system) in EPSG (European Petroleum Survey Group) number.

After executing this command, you can run the sql file in postgres to insert data in table.

If you know to read binary files by knowing its format, you can easily read and convert shapefile to sql, as shapefile has an open standard file format. For instance, you can look over tutorial I had created in how to read shapefile bounding box using c++ or reading shapefile header.

In codeigniter framework of php, we can use shell_exec() by providing command as input. In command we need to export PGPASSWORD, where password is supplied.
While writing command in PHP, we need to take SRS (Spatial Reference system) of shape file, input shapefile and output file name from the user. The passwrThen query is written in string format and supplied to shell_exec() method. This method returns output as string and generates file in folder.

PGPASSWORD behaves the same as the password connection parameter. Use of this environment variable is not recommended for security reasons, as some operating systems allow non-root users to see process environment variables via ps; instead consider using the ~/.pgpass file. For more detail you can visit https://www.postgresql.org/docs/9.1/static/libpq-envars.html link.

You can check for SQL file in the same folder where shapefile is kept. The generated result will look like-

While converting shapefile into sql, you can not change the coordinate system. But you can execute this process in two steps as-

2. Then convert shapefile into sql

ogr2ogr utility has some options as-

Reproject/transform to this SRS on output

Hope you enjoyed the conversion and executed it successfully. Let us know you face any difficulty during execution of this tutorial via commenting in provided box.