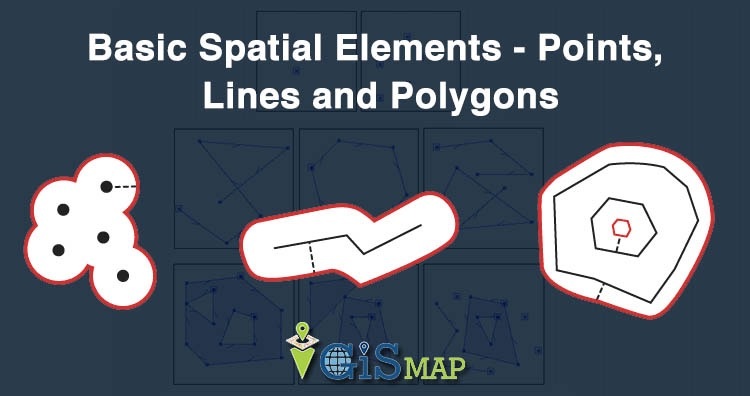 In GIS (Geographical Information System) vector data represents the information in points, lines and polygons. In GIS, you connect data with geography. So in this blog we discuss about GIS Tutorial basic spatial elements – Points, Lines and Polygons. Vector data formats represents geographical space that is intuitive and reminiscent of analog maps.

A point uses a single coordinate pair to define its location. Attributes of point describes its features.  Points are considered to have no dimension even though in real world it have dimensions. Examples of Point data is power poles, telephone poles, a building.

In the below GIF you can see point feature.

In the below image you can see different points but all are representing railway station.

When these points are connected then point data is converted into vector line data but it should not be enclosed . It uses a ordered set of coordinates. Line feature have multiple lines and points. Attributes may attach in every line, node and vertices. Hence each line may have multiple attributes rows of table. Examples of vector line data is road lines, topographic lines, power line, object outlines.

In the above GIF you can see vector line feature. It defines GIS very well by connecting data with location.

When lines are connected into enclosed shape then this type of data termed as polygon data. Polygon should be closed. The start and end point should have the same coordinates. Examples of vector polygon feature are school boundary, city or any political line.