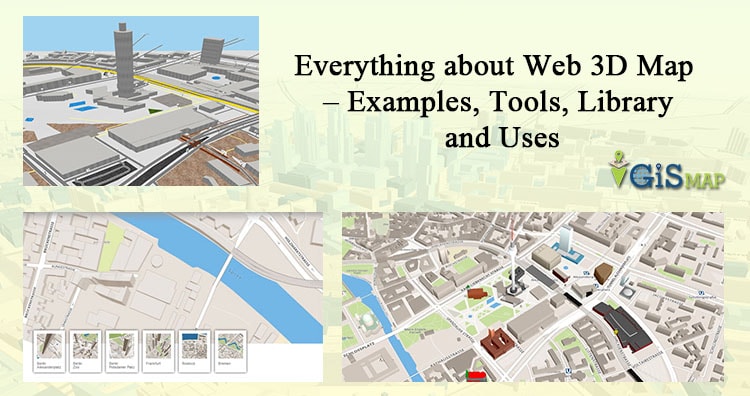 Map with third dimension on Web gives you a new way to visualize reality. Isn’t that cool if you get to know building level detail,  Analyze the surface by getting elevation detail and get the actual visualization to some extent even without visiting the area. Adding third dimension to a map is an add-on for geographers, government bodies and to every individuals for proper understanding the geographic area.

Website with power of internet is connecting every people in this world, to acquire knowledge and now creating and viewing a 3D map on website without adding a plugin is an awesome. Before moving to see Examples and Libraries lets list out some uses for 3D Map. 1.) Get introduced to a new place before taking a tour to an unknown area.

You can now easily build and visualize your 3D Map model on website without adding any plugin or additional addon. This all can be possible with the help of WebGL technology which is a JavaScript API for rendering interactive 3D graphics. This libraries can help you to create interactive map which helps you to see the data on basemap, zooming and panning functionality which can be incorporated easily with the help functionalities provided. Technology : WebGL via Three.js and openstreetmap Type : Both Commercial and Open Source with Apache 2.0 License Other Libraries, Tool and Examples for 3D Map

ESRI CityEngine: A software which Transform 2D GIS Data into Smart 3D City Models. You may look further docs here.  An Awesome Example of 3D Map with the help of ESRI CityEngine.

Android 3D map with Nutiteq SDK: You may see the github code from here and is licensed under MIT License.

You may Further research over Glob3Mobile which is the multiplatform advanced visualization framework and
Ol3-Cesium – 3D for OpenLayers map.

What you think about 3D map on website. Do comment below with  if you are looking to develop or want to create a sample or you know any new libraries which I have not listed here?