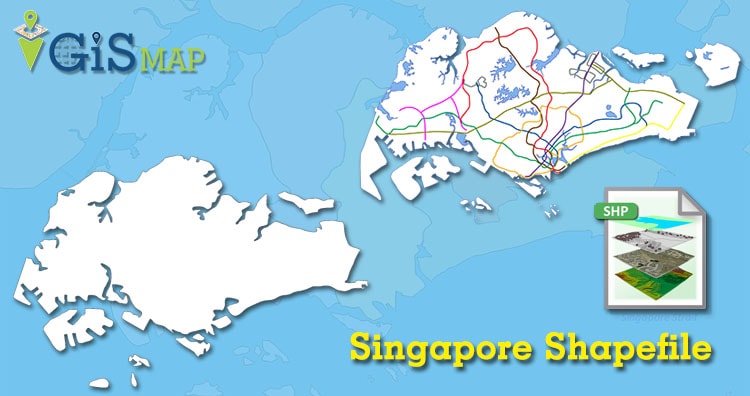 Hello GIS enthusiasts, IGISMAP has now published the latest GIS vector data of Singapore administrative levels. Links for downloading the shapefiles of the important administrative divisions of Singapore are provided in the following. You can also download these data in KML, GeoJSON or CSV formats.

Singapore, officially the Republic of Singapore, is a sovereign island country and city-state in maritime Southeast Asia. It lies about one degree of latitude (137 kilometers or 85 miles) north of the equator, off the southern tip of the Malay Peninsula, bordering the Strait of Malacca to the west, the Singapore Strait to the south, the South China Sea to the east and the Straits of Johor to the north. The country’s territory is composed of one main island, 63 satellite islands and islets, and one outlying islet, the combined area of which has increased by 25% since the country’s independence as a result of extensive land reclamation projects. It has the third highest population density in the world.

The regions of Singapore are urban planning subdivisions demarcated by the Urban Redevelopment Authority of Singapore to aid in its planning efforts. Over time, other governmental organizations have also adopted the five regions in their administrative work. These regions are:

The Community Development Council or CDC is a government-led program to organize grassroot organizations and community programs into smaller, local units as a bridge between the government and the community in Singapore. It encourages volunteerism from wider community, and organizes community and social assistance programs with the help of a monetary grant from the government.