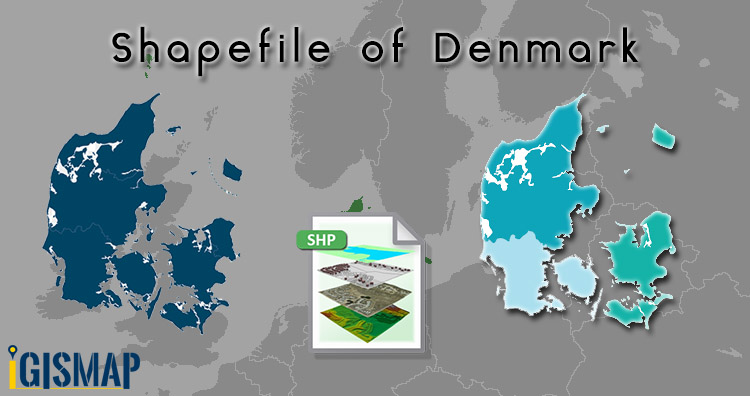 Hello GIS enthusiasts, IGISMAP has now published the latest GIS vector data of Denmark administrative levels. Links for downloading the shapefiles of the important administrative divisions of Denmark are provided in the following. You can also download these data in KML, GeoJSON or CSV formats.

Denmark is a Nordic country in Northern Europe. It is the most populous and politically central constituent of the Kingdom of Denmark, a constitutionally unitary state that includes the autonomous territories of the Faroe Islands and Greenland in the North Atlantic Ocean. European Denmark is the southernmost of the Scandinavian countries, lying southwest of Sweden, south of Norway, and north of Germany. Spanning a total area of 42,943 km2 (16,580 sq mi), it consists of the peninsula of Jutland and an archipelago of 443 named islands, of which the largest are Zealand, Funen and the North Jutlandic Island. Denmark’s geography is characterized by flat, arable land, sandy coasts, low elevation, and a temperate climate. As of 2022, it had a population of 5.88 million (1 March 2022), of which 800,000 live in the capital and largest city, Copenhagen.

Denmark is divided into 5 regions. The governing bodies of the regions are the regional councils, each with forty-one councillors elected for four-year terms.