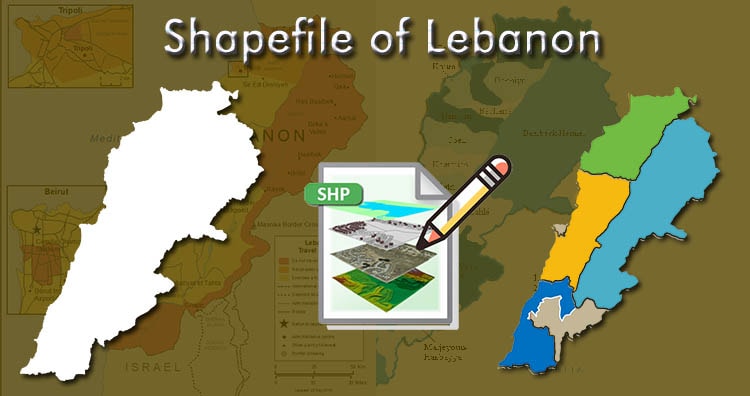 Hello GIS enthusiasts, IGISMAP has now published the latest GIS vector data of Lebanon administrative levels. Links for downloading the shapefiles of the important administrative divisions of Lebanon are provided in the following. You can also download these data in KML, GeoJSON or CSV formats.

Lebanon, officially the Republic of Lebanon or the Lebanese Republic, is a country in Western Asia. It is located between Syria to the north and east and Israel to the south, while Cyprus lies to its west across the Mediterranean Sea; its location at the crossroads of the Mediterranean Basin and the Arabian hinterland has contributed to its rich history and shaped a cultural identity of religious diversity. It is part of the Levant region of the Middle East. Lebanon is home to roughly six million people and covers an area of 10,452 square kilometres (4,036 sq mi), making it one of the smallest countries in the world.