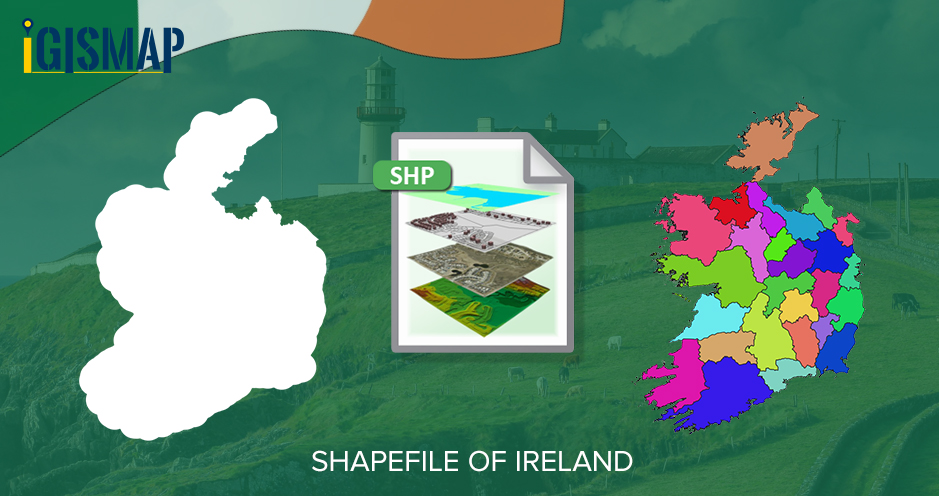 Hello GIS enthusiasts, IGISMAP has now published the latest GIS vector data of Ireland administrative levels. Links for downloading the shapefiles of the important administrative divisions of Ireland are provided in the following. You can also download these data in KML, GeoJSON or CSV formats.

Ireland also known as the Republic of Ireland is a country in north-western Europe consisting of 26 of the 32 counties of the island of Ireland. The capital and largest city is Dublin, on the eastern side of the island. Around 40% of the country’s population of 5 million people resides in the Greater Dublin Area. The sovereign state shares its only land border with Northern Ireland, which is part of the United Kingdom.

There are 39 multi-member electoral districts, known as Dáil constituencies, that elect 160 TDs (members of parliament), to Dáil Éireann, Ireland’s lower house of the Oireachtas, or parliament, by means of the single transferable vote, to a maximum term of five years.