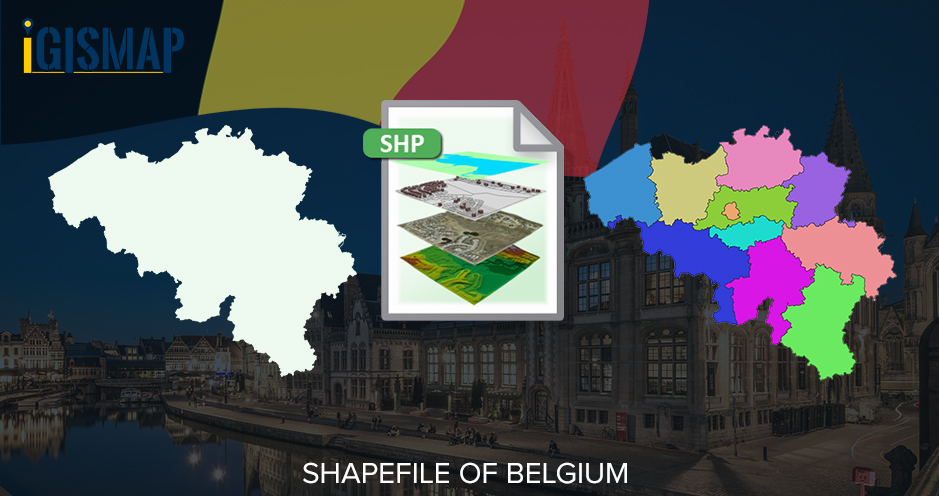 Hello GIS enthusiasts, IGISMAP has now published the latest GIS vector data of Belgium administrative levels. Links for downloading the shapefiles of the important administrative divisions of Belgium are provided in the following. You can also download these data in KML, GeoJSON or CSV formats.

Belgium officially known as the Kingdom of Belgium, is a country in Western Europe. It is bordered by the Netherlands to the north, Germany to the east, Luxembourg to the southeast, France to the southwest, and the North Sea to the northwest. The capital and largest city is Brussels; other major cities are Antwerp, Ghent, Charleroi, Liège, Bruges, Namur, and Leuven.

The country of Belgium is divided into three regions. Two of these regions, Flanders and Wallonia, are each subdivided into five provinces. The third region, Brussels, is not divided into provinces, as it was originally only a small part of a province itself. Thus there are 11 provinces in Belgium.